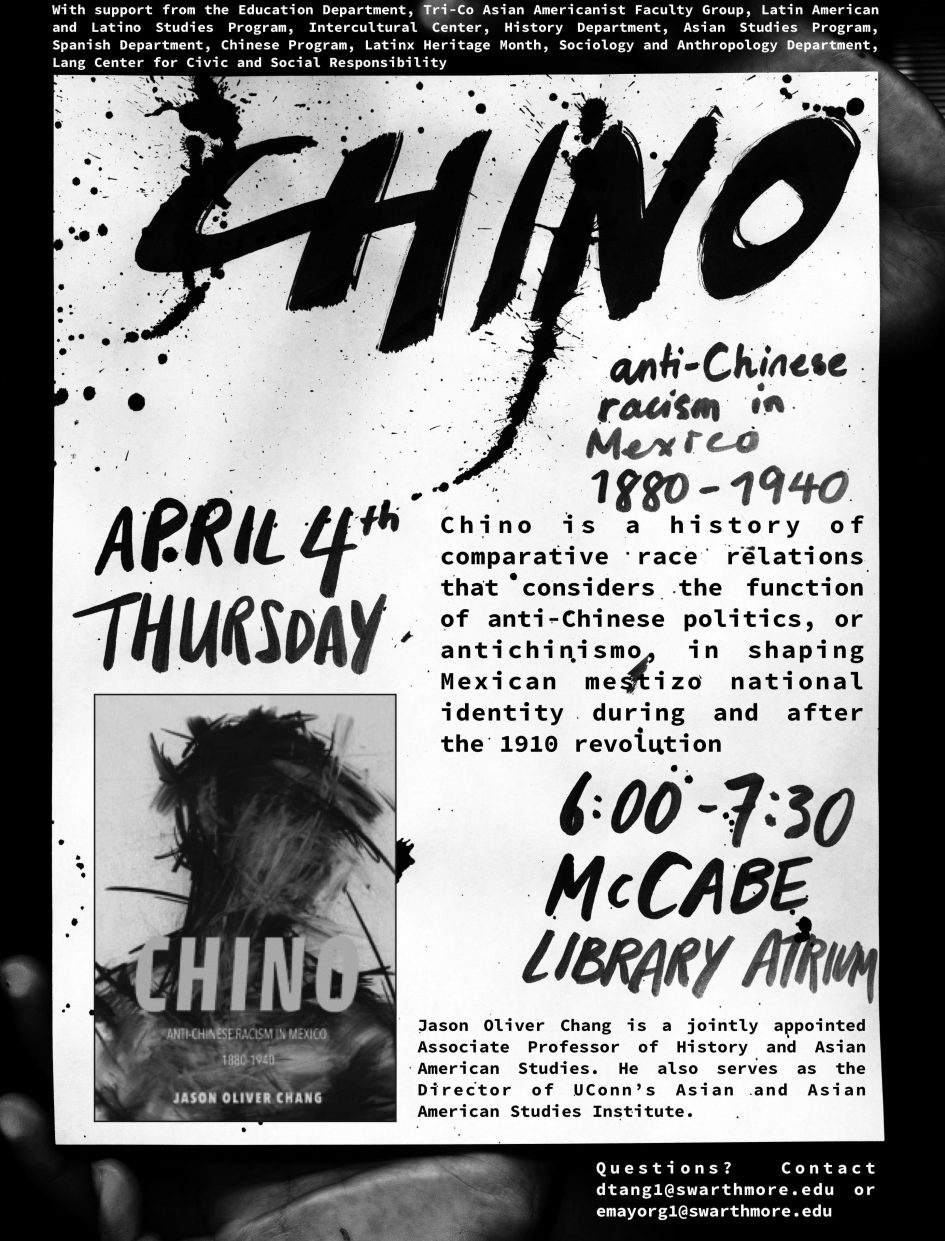 Free and open to public

You are invited to listen to a talk by Dr, Jason Oliver Chang, who will be discussing his book Chino: Anti-Chinese racism in Mexico, 1880-1940.

About the book (from google books):

From the late nineteenth century to the 1930s, antichinismo –the politics of racism against Chinese Mexicans–found potent expression in Mexico. Jason Oliver Chang delves into the untold story of how antichinismo helped the revolutionary Mexican state, and the elite in control, of it build their nation. As Chang shows, anti-Chinese politics shared intimate bonds with a romantic ideology that surrounded the transformation of the mass indigenous peasantry into dignified mestizos. Racializing a Chinese Other became instrumental in organizing the political power and resources for winning Mexico’s revolutionary war, building state power, and seizing national hegemony in order to dominate the majority Indian population. By centering the Chinese in the drama of Mexican history, Chang opens up a fascinating untold story about the ways antichinismo was embedded within Mexico’s revolutionary national state and its ideologies. Groundbreaking and boldly argued, Chino is a first-of-its-kind look at the essential role the Chinese played in Mexican culture

Questions or to RSVP, email: emayorg1@swarthmore.edu